City Hall weddings are fantastic when love is in the air!

On June 25, 2021 I joined Wayne & Csilla at City Hall to photograph their wedding. Wayne & Csilla had another date planned  but Covid put a damper on that. So, joined by their children we all gathered downtown to make it official.

When I arrived at City Hall, it was raining slightly, and with the Covid restrictions in place, we had the wedding ceremony outside. The background would be the beautiful grounds of City Hall. It really was a nice scenario. After the vows were sealed with a kiss, we headed out to Lakewood Park (Manning & Riverside) to photograph a formal collection.

Below is a gallery including a handful of their images. It just goes to show that it’s not important where the wedding was at. It’s that the wedding occurred, love was in the air, and Wayne and Csilla were surrounded by their children for the event. I had a great time meeting and photographing Csilla & Wayne… and am thrilled they love the wedding collection we were able photograph.

About The Wedding Photographer

Mike Elford
Mike Elford | The Windsor Wedding Photographer first photographed his first wedding back in 2004. Over the next 17 years, Mike would go on to really key in on what his Bride and Groom clients truly desired. Originally, he thought they came to him after seeing some of the amazing wedding images he photographed. But what he quickly realized is that Mike's clients choose him because of how immediately comfortable they felt upon meeting him. They knew right away having Mike photograph their wedding was the right choice. Along with great images, it just felt right to be photographed by Mike. Doing things just a little bit different, or a little better than the other wedding photographers is just the beginning when you choose Mike. It truly is The Ultimate Wedding Photography Experience!
Wedding: Ali & Matt 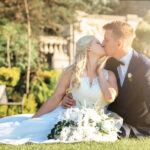 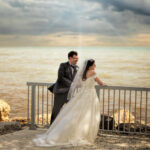 Communicating with my wedding couples is a huge part of what I love so much about my business. I remain friends with many of my clients long after I’ve finished their wedding collection (and enjoy continuing to document their lives!). I want to be here for you in every way possible. I encourage you to ask questions, suggest ideas, and play a hands-on role in the planning process. The following is a list of ways to get ahold of me, so you always know you are always cared for.